Time Comparison advanced analytics are used to compare data points from a date on the x-axis with a specified Time Shift.

It compares the same series of data with a time shift. Default options include:

Represent the time series using one of the following options:

When Actual Values are used, a second dotted line of the same color will be added that represents the actual value of the metrics for the selected time period to the date of the previous time shift.

In this example the time shift period is 10 days, so the dotted line represents the metrics for 10 days ago to the date in the x-axis. For example, on Thursday April 9th the number of new cases reported in the U.S. was 32.4K — 10 days earlier, on March 30th, the cases reported where 20.9K. 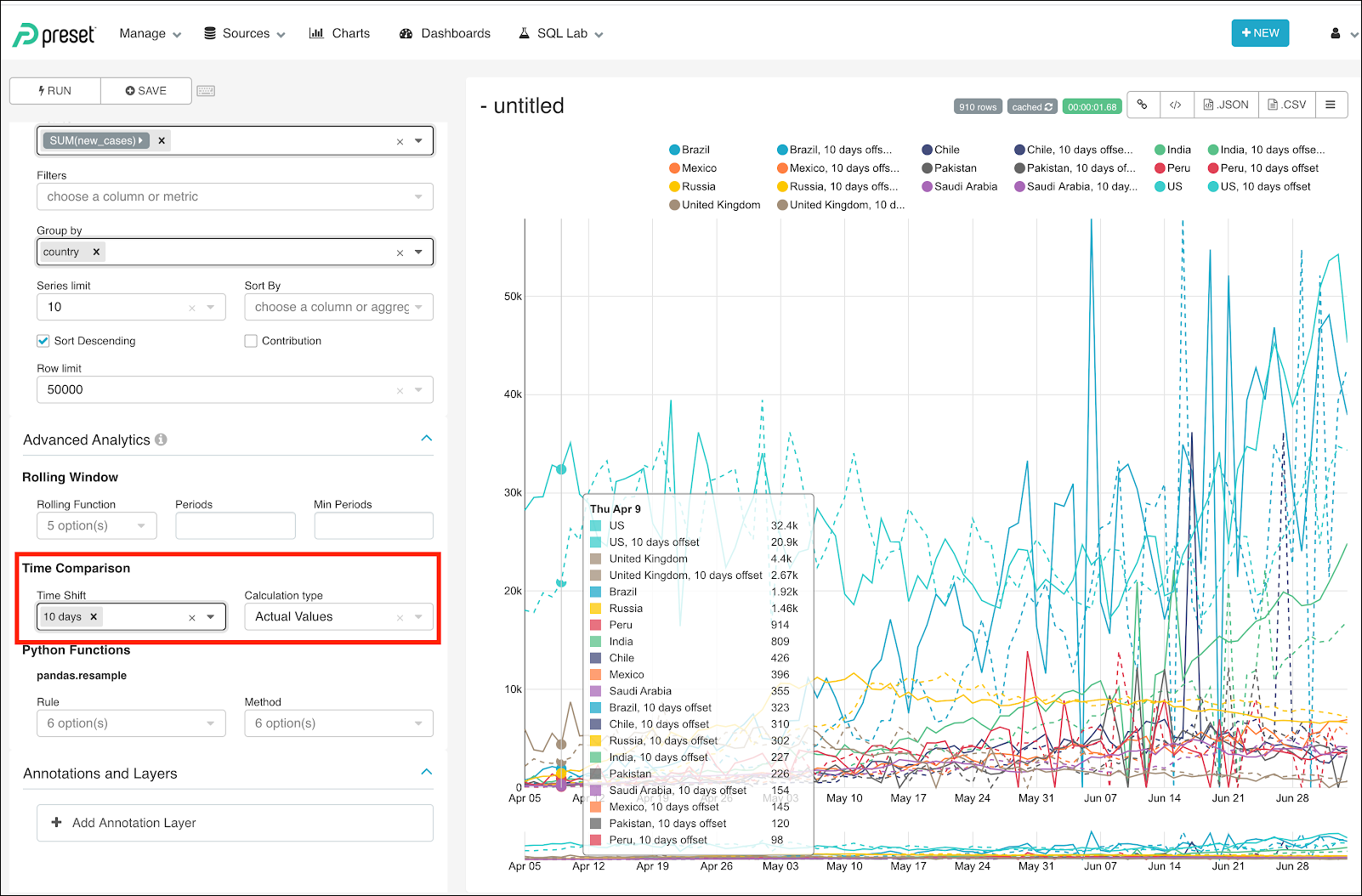 Absolute Difference shows the difference between the dates on the x-axis vs. the specified time shift period. In the example below, Monday April 20th has 2.48K cases than April 10th and, in the U.S., there are 9.86 cases less on April 20th compared to April 10th.

As the name specifies, this option shows the percentage change in a specified time shift period. For example, in Chile on June 17th there are 464% of new cases reported compared to 10 days ago on June 7th. But, in Russia, there was a decrease in the number of cases by 12.8% between June 17th and June 7th. 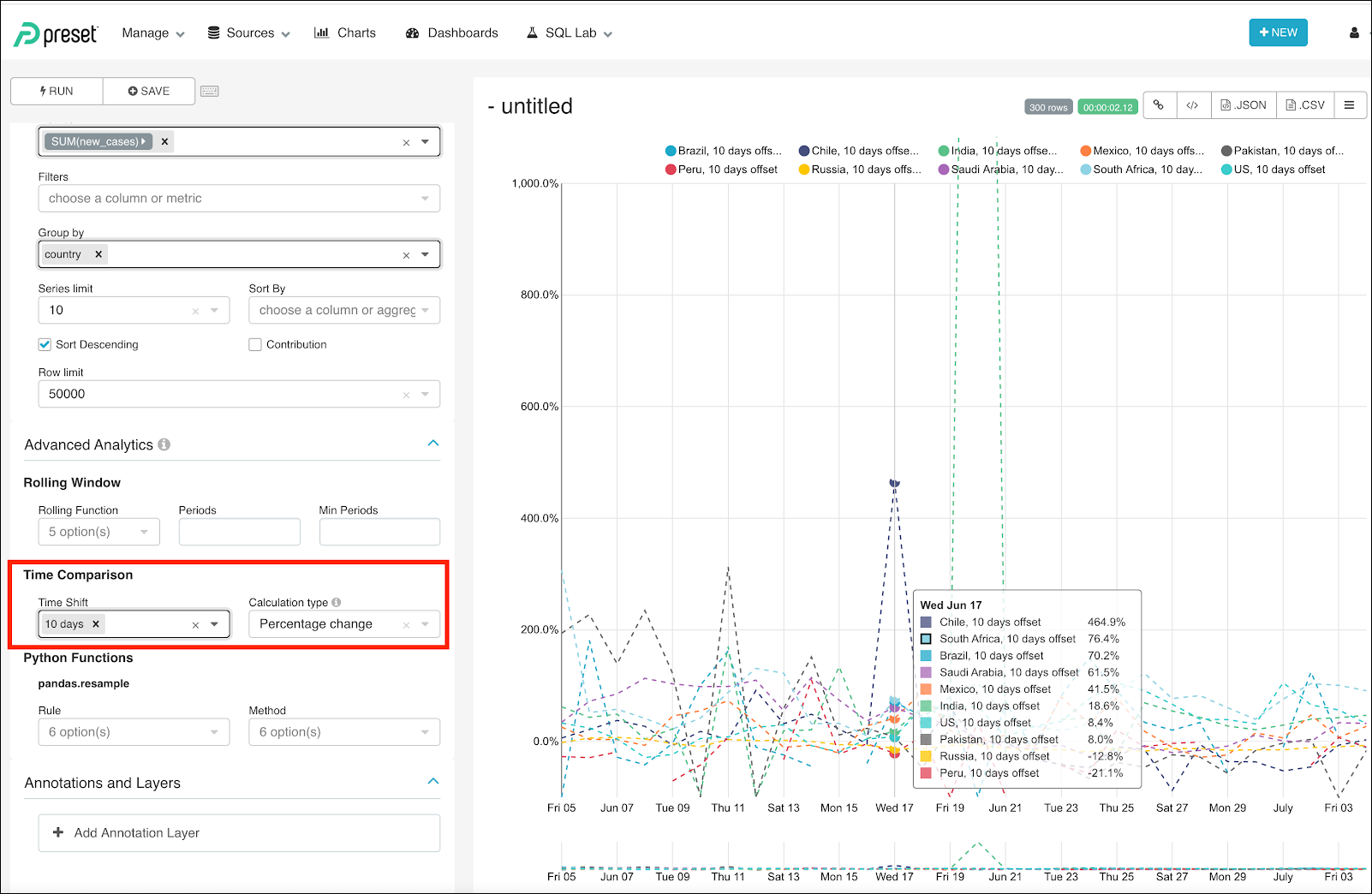 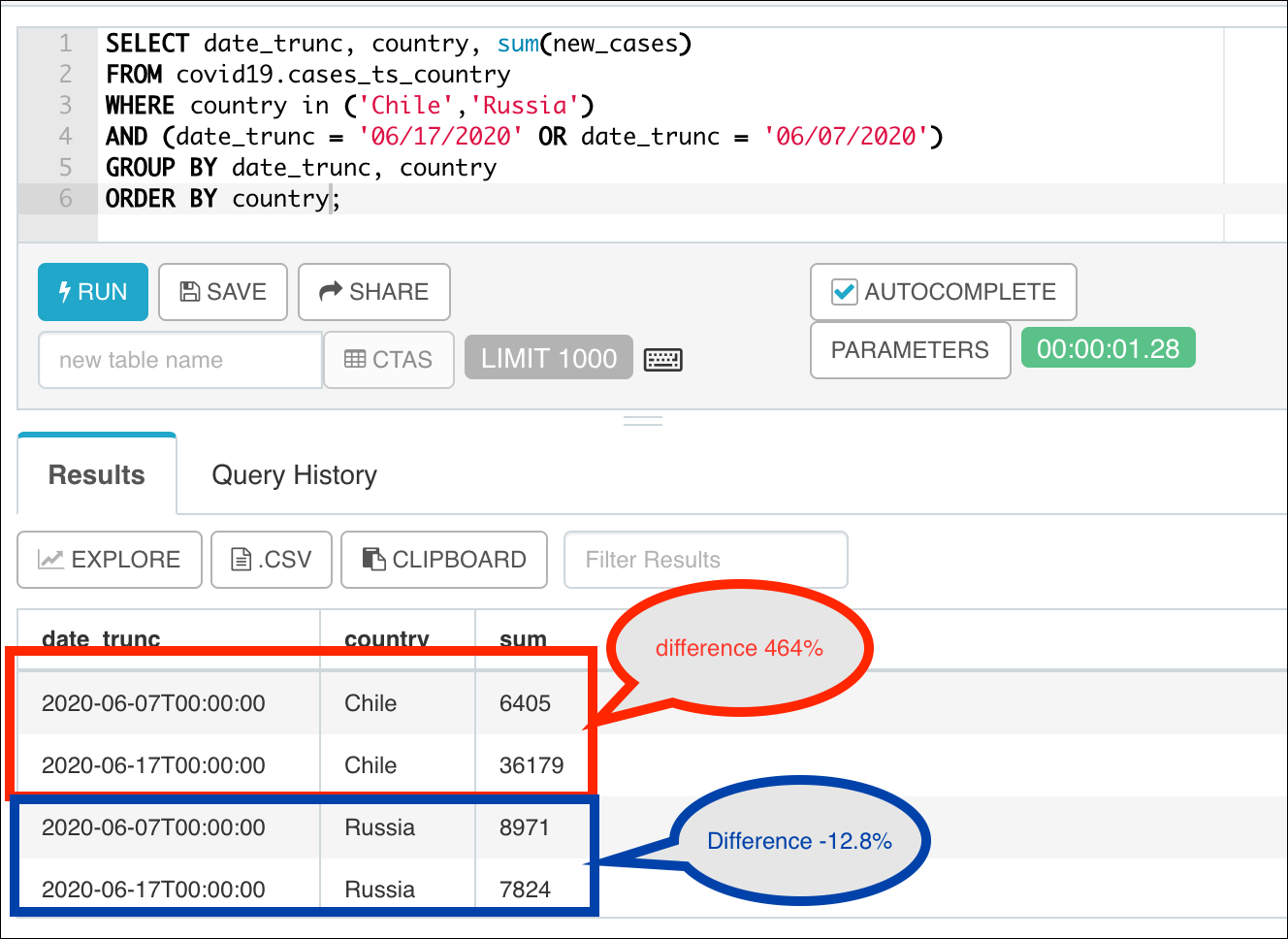 Ratio Example shows the difference between time periods. For example, in Pakistan on June 10th there were 4x times more new cases reported compared 10 days before on June 2nd. 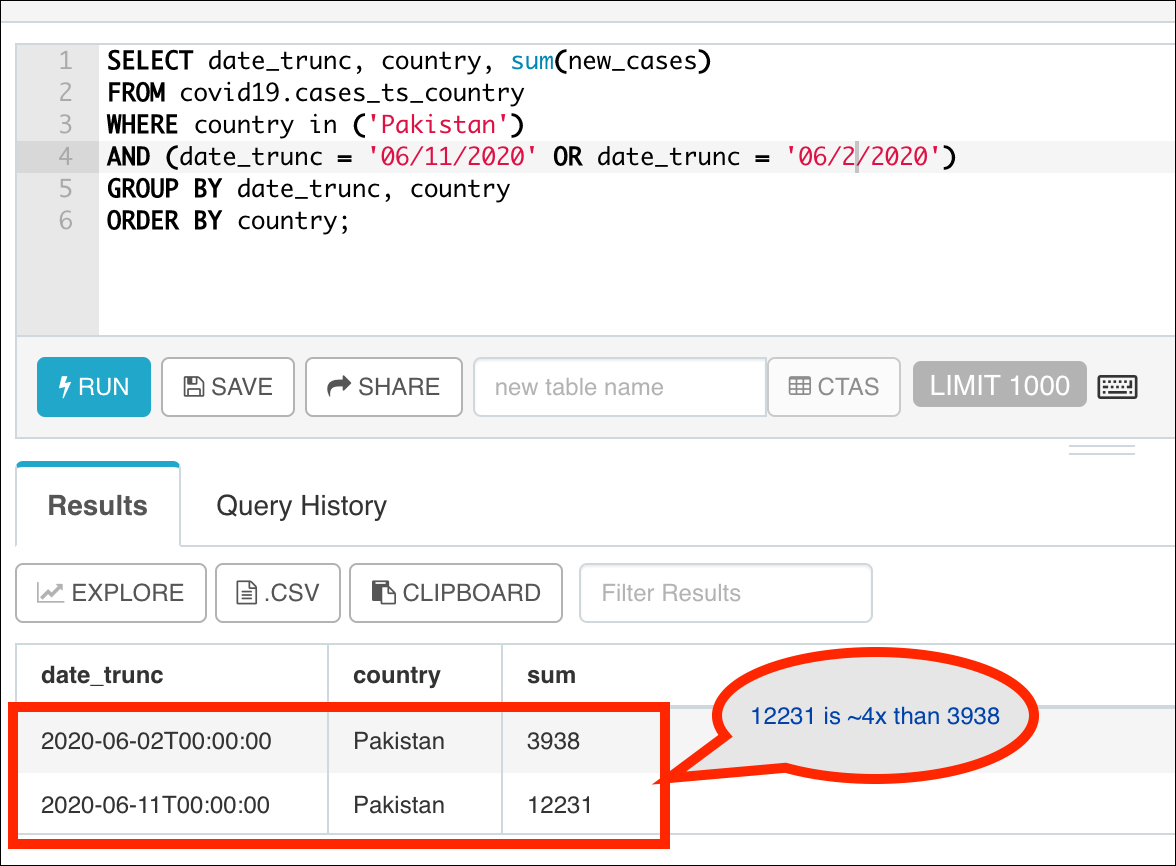 Was this article helpful?
Thank you for your feedback! Our team will get back to you
How can we improve this article?
Your feedback
Comment
Comment (Optional)
Character limit : 500
Please enter your comment
Email (Optional)
Email

By entering and using this site, you consent to the use of only necessary cookies to enhance your site experience and improve our services.